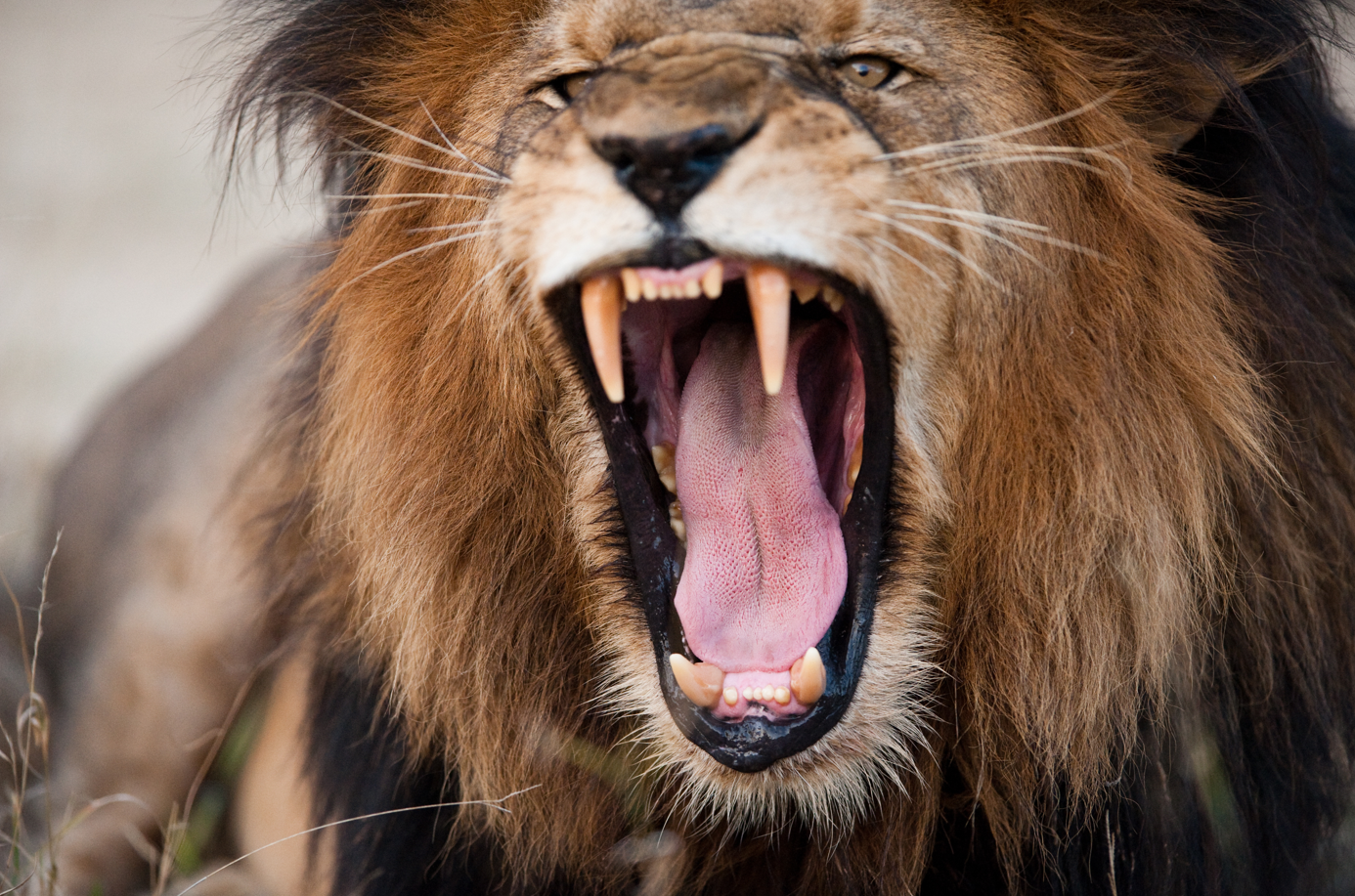 The Unknown TEETH of the Constitution

"A toothless lion will have a slow and painful death, unless mercifully eaten beforehand"

Is America a toothless lion?  Are we about to be eaten alive?

Well, it would certainly seem that way. But why?  America has been a beacon of Liberty throughout the world. On the whole, it has produced a prosperous life for generations of its inhabitants, a people who have also welcomed those who were willing to enjoy in the freedom afforded by the principles of Liberty and live within its laws.  Those principles are enshrined in two simple and inspired documents.  The Declaration of Independence and the Constitution for the united States of America.

For much of 250 years, even in the midst of turmoil, America has managed to feed itself and the world, to produce more than it consumes and to be protected internally from the storms of international intrigue.  In the course of two generations, however, we've seen the Republic transition from the most prosperous of times to the most perilous of times since Lexington and Concord.

The grievances expressed in the Declaration were not new...
“In every stage of these Oppressions We have Petitioned for Redress in the most humble terms: Our repeated Petitions have been answered only by repeated injury. A Prince whose character is thus marked by every act which may define a Tyrant, is unfit to be the ruler of a free people.”

The colonists had done everything in their power to appeal to the sensitivities of their fellow countrymen.  Finally, finding no other alternative, for those countrymen were now warring upon them, Patrick Henry declared…
“It is in vain, sir, to extenuate the matter. Gentlemen may cry, Peace, Peace-- but there is no peace. The war is actually begun! The next gale that sweeps from the north will bring to our ears the clash of resounding arms! Our brethren are already in the field! Why stand we here idle? What is it that gentlemen wish? What would they have? Is life so dear, or peace so sweet, as to be purchased at the price of chains and slavery? Forbid it, Almighty God! I know not what course others may take; but as for me, give me liberty or give me death!”
- Patrick Henry - Give Me Liberty, Or Give Me Death! - 1775

The following year, independence was declared and the new nation shed the moniker of “colonies” and “colonists” for the title of Free Men of “Free and Independent” States.

Nevertheless our new nation was still vulnerable as the Articles of Confederation did not have the power to maintain it for the long term.  Within a decade of Revolutionary War victory, young America was facing a stagnant economy, with public debt at record levels and inflation out of control. Foreign powers were watching like vultures, hoping to carve up the lands of the struggling nation.  What then, was the miracle, that helped America survive that period? It was the Constitution! Within four years of adopting the Constitution, however, George Washington wrote to David Humphrey, and said…
"Tranquility reigns among the people, with that disposition towards the general government, which is likely to preserve it.... Our public credit stands on that high ground which three years ago it would have been considered a species of madness to have foreseen.”
- George Washington, letter to David Humphreys, 20 July 1791

Where in this scenario do we find ourselves today?  It may be that we don’t realize that there is, and has been for some time, a War on Liberty.  In a brilliantly sinister way, our Republic and its people have been conditioned for destruction, just as the frog in the pot of warming water endures its last moments of life, with the waxing and waning of one emergency after another, we have been both alarmed and then relaxed and alarmed and then relaxed, until an alarm is no longer seen for what it really is.  Then comes the boiling.  But as Patrick Henry emphatically queries, “The war is actually begun! … Why stand we here idle?”

Why do we?  It’s really not because we wouldn’t be willing, or that we are unable.  Who among us would allow our homes or families to be openly intruded upon or attacked?  We know we have the right of self-defense and many of us certainly have the capacity and willingness, even if with fear and trembling, to use it.

There is good news in this scenario, and there is bad news.  The good news is that the Constitution has teeth.  The People have power in our Republic, but in the absence of understanding, the knowledge of this power has been hidden.  The good news is that there are still more of us who love Liberty than those who want to subjugate the people.  And the really good news is that there is a palpable fear, among those who are exercising unrighteous dominion by the force of government, truly fear that you… and I... will get it.  That we will unite and refuse to accept that a free people can or must be divided AND, that we might reject our national sins and comprehend this counsel from Benjamin Franklin…
“In the beginning of the Contest with Great Britain, when we were sensible of danger we had daily prayer in this room for the Divine protection – Our prayers, Sir, were heard, and they were graciously answered.  All of us who were engaged in the struggle must have observed frequent instances of a superintending providence in our favor.

‘To that kind providence we owe this happy opportunity of consulting in peace on means of establishing our future national felicity.  And have we now forgotten that powerful Friend?  Or do we image we no longer need His assistance?

‘I have lived, Sir, a long time, and the longer I live, the more convincing proofs I see of this truth: that God governs in the affairs of man.  And if a sparrow cannot fall to the ground without his notice is it probable that an empire can rise without His aid?  We have been assured sir, in the Sacred Writings that ‘except the Lord build the house, they labour in vain that build it (Ps. 127:1).”

How can we suppose that a ragtag, rarely paid, untrained army of tradesman and laborers and ministers and farmers defeated the most powerful military force on the planet at the time of the War for Independence?  The providence of God attended the birth of this nation and only with His providence will it survive.  Maybe, just maybe… we can shed our personal and national pride and sins and plead for deliverance.  And while we're at it, maybe, can we show that we mean it.  Get to know those around us; love your neighbor, visit the fatherless and widows in their affliction, liberate the captive, feed the hungry, etc.?

"The sacrifices of God are a broken spirit: a broken and a contrite heart, O God, thou wilt not despise."
- Psalm 51:17

What is the bad news?  We already have experience with this, history hath taught us from the loss of liberty in other lands, and even here, that tyrants look for a provocation, in one place or another and from time to time, an opportunity to alarm the people and offer them solutions for safety.  Don’t buy it.  Don’t fall for it.  Learn of and exercise the power we already have, that has been hidden from us for generations.

What is the bad news?  It’s that we have a very narrow window of opportunity to act before the command and control virus infecting our Republic and other governments around the world overcome the host.

In a previous post, Our Liberty Teeth – Part One, the importance of the States as the ultimate arbiters of the Constitution was emphasized.  In our Independence Day message, O Thus Be It Ever, When Free Men Shall Stand, we asked what is to be done with oath bound public servants who violate that oath, or the solemn agreement they make to commit to the Constitution.  In a conversation that I had with a Marine veteran yesterday, I asked, “Do military service members take an oath to obey the President, or the Constitution?”  “The Constitution!” was her emphatic response.  And then she continued with her own added emphasis, “…against all enemies foreign and domestic!”

Well, here it is! This document from our friends at Reclaiming the Republic has background and detail that is worth the time it will take to read:  The Unknown Teeth of the Constitution

For our next post, Our Liberty Teeth - Part Three, one constitutional solution will be shared.  Will you help?  Let us know!

Take a moment, also, to watch and share this brief introduction to the power that we have in our States. The states are stakeholders in a contract, the compact that created the Constitution. They are the final arbiters of that compact and when the rights of their respective Citizens are being violated by the general government, it is the duty of the states to interpose. The legal basis for its enforcement was clearly defined during the Ratification Debates, but they have been largely unknown. Here is a link to a video for an overview of what this means:


Will you join us and work together to ADVANCE the Cause of Liberty?